The Cambridge-educated memory psychologist & study coach on a mission to help YOU ace your exams. Helping half a million students in 175+ countries every year to study smarter, not harder. Supercharge your studies today with our time-saving, grade-boosting “genius” study tips sheet.

Looking to take your essay to the next level WITHOUT learning a load of complex structures, knotty grammar and fancy vocabulary? Simple: start using signposting words.

What is signposting in writing?

Using signposting in your essays means adding “signposting words” or phrases to indicate which part of your overall structure you’re in at the moment, making your writing clearer, and easier to understand. When you clearly show – or signpost – where you are in your discussion, it makes your essays easier to follow, in the same way that physical signposts along a path make the route easier to follow.

Take away the signposts, and you need much more concentration to avoid getting lost – whether in reading the essay or when walking the path.

Let me show you the power of using signposting words in your essay writing.

Take a look at this example:

Now take a look at the version of this with signposting – much better.

Examiners and tutors LOVE it when you use signposting, because:

How to use “signposting words” for top grades this semester

So, how to start incorporating signposting into your essays?

There are five steps.

1. Give your reader the map

If you were paying attention in the example above, you’ll have spotted that I started by saying that “there are five interlinked causes” – that gives the reader a “map” to your answer, telling them in advance what signposts they should be looking out for.

Here are some examples of this in action:

A good introduction might end with a sentence that sounds a bit like of these examples of a “map” for your overall structure. When the reader knows roughly where you are going to go in your essay, it makes it far easier for them to follow along.

For longer essays or dissertations, you might offer a short description of what each area of discussion will be.

Back to the outbreak of WWI example, if you were going to write a long paragraph (or more) on each of the five reasons, you might set out your “map” as follows:

Note the use of the colon / semicolon list sentence structure, in which a full colon “:” introduces a list, and semicolons “;” separate different parts of that list.

Or for a more complex argument:

Here’s a quick toolbox of useful verbs you can use to keep your writing varied when presenting more complex “maps” of this nature:

2. Show them where they are on your map

If you’ve given your reader a clear map, this one is simple: you just refer back to the structure you told them you were following, and explain which section number you are moving into as you make each fresh point.

For a simple list of points, this could be as simple as starting each paragraph with the point number (in words, never a numeral!):

Even if a reader is going quickly, it will still be obvious where you are in the overall structure of your argument. Even better, it makes it easy for them to skip ahead or go back to check an earlier point without getting totally lost.

Alternatively, you could combine your section numbers with connectives to indicate the flow of your argument.

Here are some examples of connecting signposting words that you can use at the start of a new section to indicate different things:

So in action, this might mean you’d use phrases like the following at the start of new paragraphs, or when you move into a new section:

4. Use paragraph breaks and subheadings

Paragraph breaks are a form of signposting in and of themselves, they show the reader when you are entering a new sub-section of your argument. Not using enough paragraph breaks means your writing becomes a daunting wall of text.

I’m not a big fan of a hard-and-fast rule about how many sentences a paragraph should contain: some sentences are short, others are long. Sometimes, a good paragraph might only be a couple of relatively long sentences. Other times, you might have five or six shorter ones.

It’s OK to split the same point over two paragraphs if you need to: your use of signposting will help to keep your essay clear even as you make longer, multi-paragraph points, as the signposting words will always indicate which paragraphs belong to which sections of your overall structure.

For longer, dissertation-style essays, you should be using subheadings as well. For many areas of academia, there is an established protocol for headings (e.g. “Abstract / Introduction / Methodology / Results / Conclusion”). Feel free to add subheadings under these major headings if you feel it will help, especially in the sections that tend to get longer, such as the Methodology and Results.

Make sure to check that your newly signposted sentences and paragraphs still make sense grammatically with available tools such as Grammarly * – even the free version will give your mistake-checking a boost!

Finally, be sure to wrap things up with a clear conclusion statement:

“In conclusion, while these five factors were powerful on their own, what in my opinion made them particularly dangerous was their interlinked nature, where one would fuel the other…”

…when used well, signposting words will help YOU do well in your essays this year.

And once you’ve got your essay written and signposted, check out my guides for successful proofreading, and printing and binding, to make sure that you hand in a winning assigment!

For more help becoming a phenomenal essay and exam-answers writer, I am currently accepting clients for 1:1 coaching – read more and get in touch here.

* Please note: Grammarly is one of very few products I’m sufficiently enthusiastic about to recommend to my readers, and I may earn a small commission if you sign up to Grammarly services through the above link. 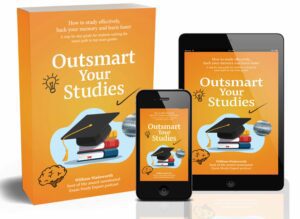